Another bumper year for travel and life goals this year. My annual travel stats from TripIt and Google Maps tell me I’ve visited 10 different countries, 52 cities and travelled almost twice around the world in distance. Not quite as far as last year, but still pretty impressive! My business continues to do well and […]

It’s a little late this year due to the non-stop celebrations of Christmas/New Year/Ukrainian Christmas/Old New Year which have finally come to a close after almost 3 weeks of celebrating. Now I can finally get back to work and normality and share my thoughts on 2018. It’s been another impressive year for travel and TripIt […]

I’m writing this from Kyiv, Ukraine where I came this new year to experience a magical white Christmas with natural snowfall and a nice Christmas mood, but alas the weather has failed me and I arrived only to rain. We’re due to fly to Bukovel on Monday for my second time skiing, so I’m hopeful […]

Top 10 Unusual & Different Things To Do In Kyiv 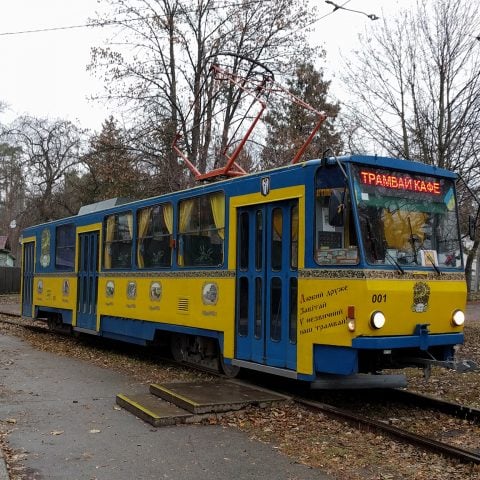 With Eurovision just around the corner, if you’re lucky enough to be coming to Kyiv, Ukraine you’ll be looking for things to do whilst here. Searching on other sites for things to do mostly comes back with a list of the many wonderful churches of Kyiv (which you shouldn’t miss), but here’s my alternative list […]

After spending much time in Ukraine, here’s some odd and unusual things I’ve observed in everyday life here from an Englishman’s perspective. If you are Ukrainian, don’t take it too seriously! 1. People Don’t Speak Ukrainian Based on a logical conclusion, you’d assume Ukrainians should speak Ukrainian. While this is partly true, it seems to […]

One of the presents I was given for Christmas this year was a map of 100+ cool places in Kyiv and yesterday we decided to visit some of them. We were walking through the city and I checked the map and found a listing for a concept store with a note saying I needed to […]

Top 10 Best Things to Do in Odessa, Ukraine

As many of you will know from my previous posts, I like to travel to Ukraine in any season of the year from the freezing winters to the scorching summers. For 6 weeks of this past Summer, I rented an apartment in Kiev again to escape the unpredictableness of the British summer. For a week […]

When you think of hotels in Ukraine, you’d be forgiven for imagining them all to be in soviet styling with dated décor and poor service. Whilst it’s true that in almost every city in Ukraine there is at least one such a hotel, there are also some real gems to discover such as Radomysl Castle […]

As everyone else in the UK is going back to work this week, I’m here in another cool apartment (with a jacuzzi under the bed!) in Kiev, Ukraine writing my annual year in review post, well my second at least. This year I’ve travelled to less places than last year, however I’ve still managed to […]

Twas the night before Christmas New Year, when all through the house, not a creature was stirring, not even a mouse. As I’m sat here in this cosy apartment for New Year in Copenhagen, I’ve been thinking about the past year and all the amazing places I’ve been, seen and things I’ve done. I’ve spent […]